Dad and I took yet another day trip (see Astoria and the Gorge; our others) up to Washington, hoping for a glimpse of Mount St. Helens, an active volcano that famously erupted back in 1980. As we approached the visitor center, we had high hopes. Once inside, we learned that several roads were still closed due to snow. Snow? What snow? It was completely melted up to that point. We drove in as far as we could, passing snow piled up as tall as the car (oh), stopped in the middle of the road, and waited, thinking that the clouds would part to get a good look at her flat-top.

No such luck. As you’ll see in the pictures, we only got a slice of the pie this time. Ironically, the entire following week was so clear that we could see St. Helens every single day all the way from Portland. Looks like Dad has to come back again. 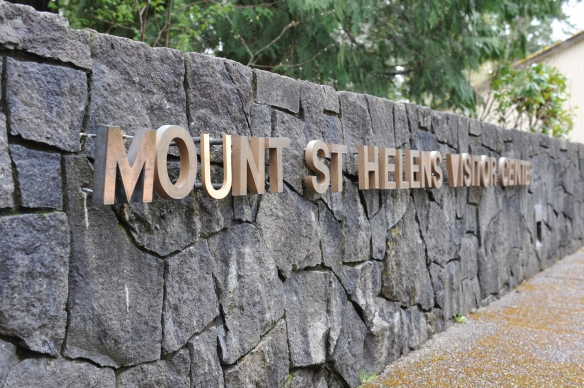 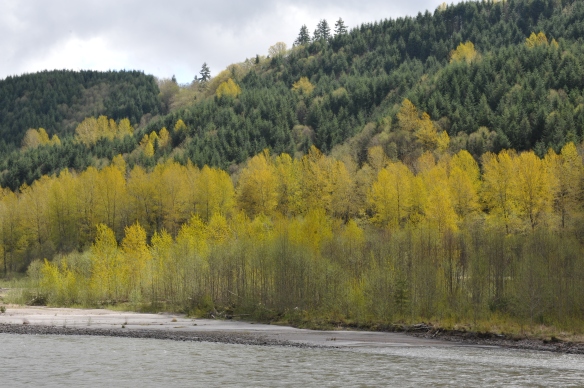 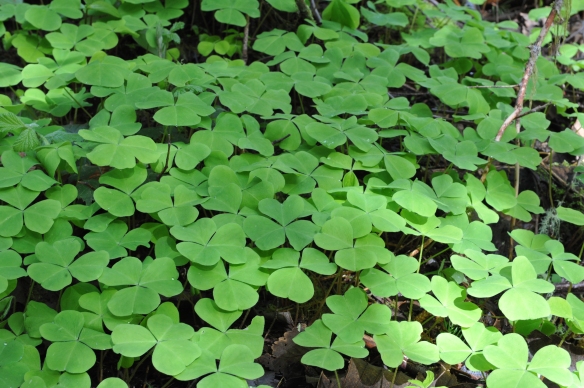 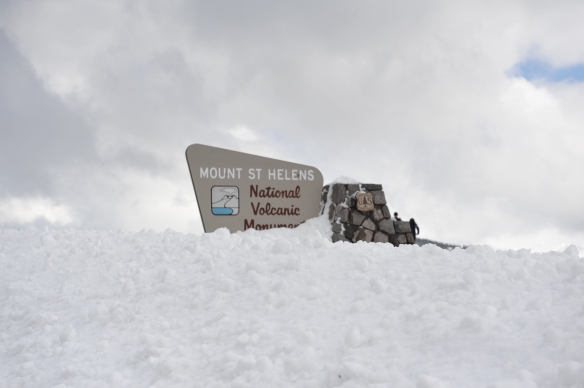 Snow as tall as the car. Mount St. Helens, WA 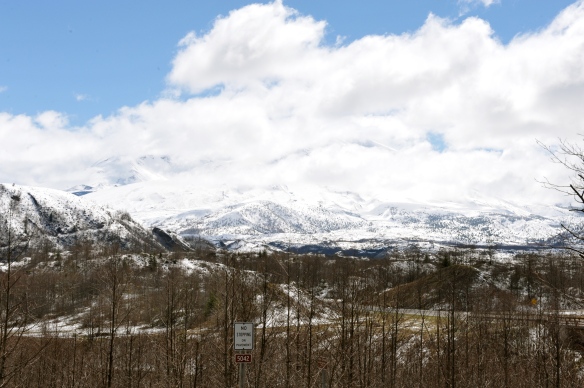 There she (sorta) is. On the right, you can see the slope. Mount St. Helens, WA 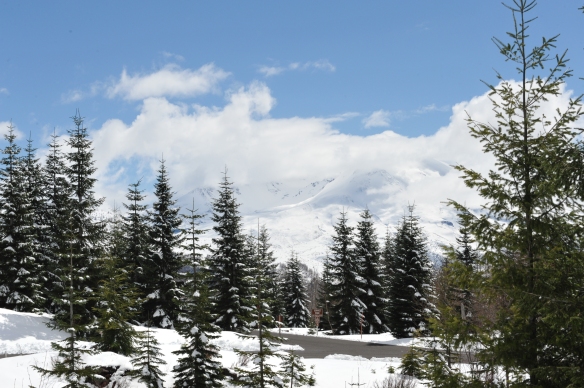 A better look in the crater. Mount St. Helens, WA 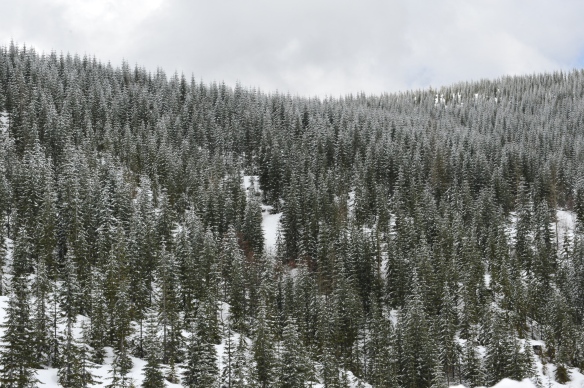 Verdict? It’s worth a shot. Even though we didn’t see the full monty, there was something special about my Dad and I leaning on the hood of my car, in silence, watching the clouds. You don’t get those moments very often. That was a good one. I won’t forget it. 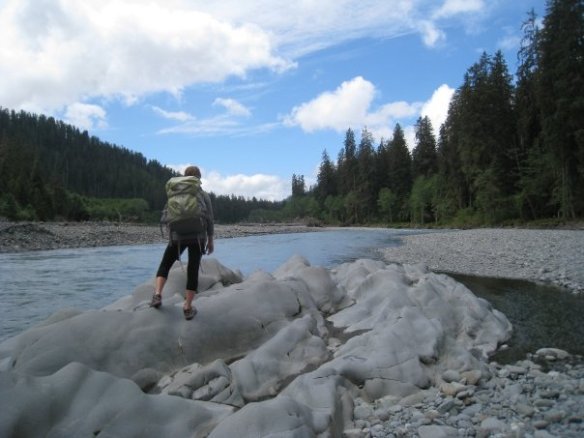 The only other time that I spent in the Pacific Northwest before our move was back in 2009. We took ten days to drive all around Washington state, ferried over to the San Juan Islands and even scooted up to Canada for a few nights.

One of my favorite experiences was hiking in the Olympic National Park. The glacial rivers, the mountains, the pine trees… It all created such a gorgeous, peaceful scene. I love this photo. Look at me, I’m like Pioneer Woman.